This 44MM LEMFO Bluetooth Smart Watch has many perks.  Although it is not an apple watch, it has many attributes and perks.  It sports a 1.54 inch 240*240 IPS Full Touch Screen, a Built-in 210mAh battery, with a Standby Time of 3-5 days.

Colors are shown below.

It has the MTK2502D Hardware platform, is IP67 Waterproof and Dustproof so it can be worn in the rain, or in washing hands.

Do not put it into hot water or go swimming while wearing it. Because of the Bluetooth connection and an antenna in the strap, the straps are not removable.

Bluetooth 3.0, 4.0 and Bluetooth calls are supported, as well as iOS v. 9.0 and above, as well as Android v. 4.4 and above.  You get a continuous heart rate measurement, ECG data analysis.  Other functions include Sleep detection revealing your Sleep time and quality, Pedometer, Calorie Burning,

Distance Calculation, ON/Off display, Clock alarm, remote camera control, stop watch, Sedentary reminder, vibrating reminder, and the find phone feature.  With the IOS phone, messages cannot be saved, but there will be a reminder in the notification box.

​You can also choose which color box you would prefer, either the black or white one, but note which.

After receiving, your new watch will need to be charged. Then, before using for the first time, scan the QR code in the manual to download the app,  and connect it to the watch thru the APP.  Instructions should be included.

Some of the extra (additional replacement) wrist bands do not show up well in images, such as White, Silver, & some Pink. 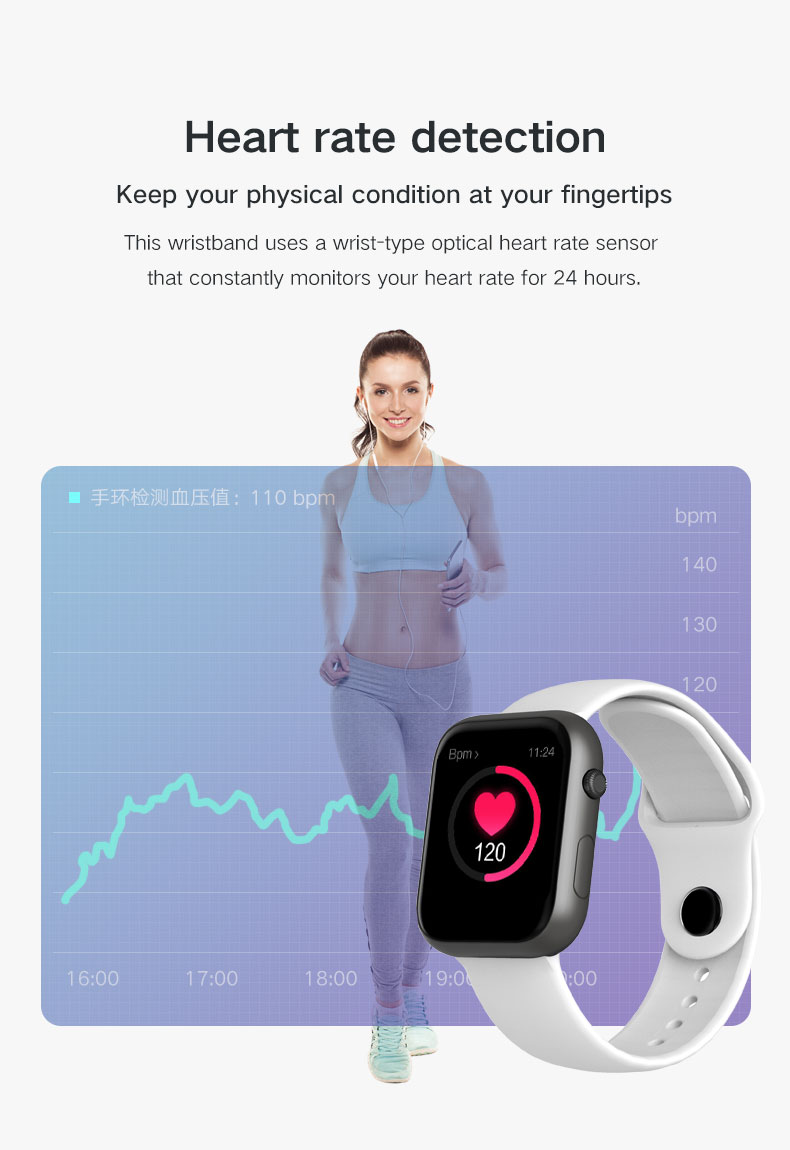 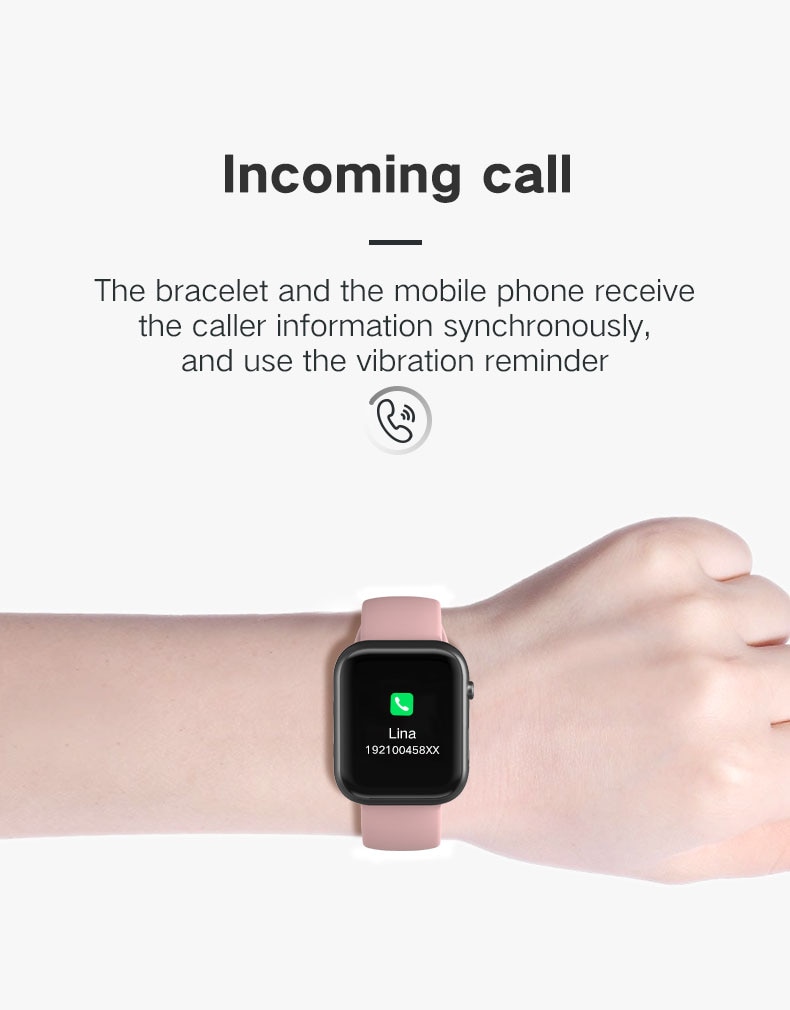 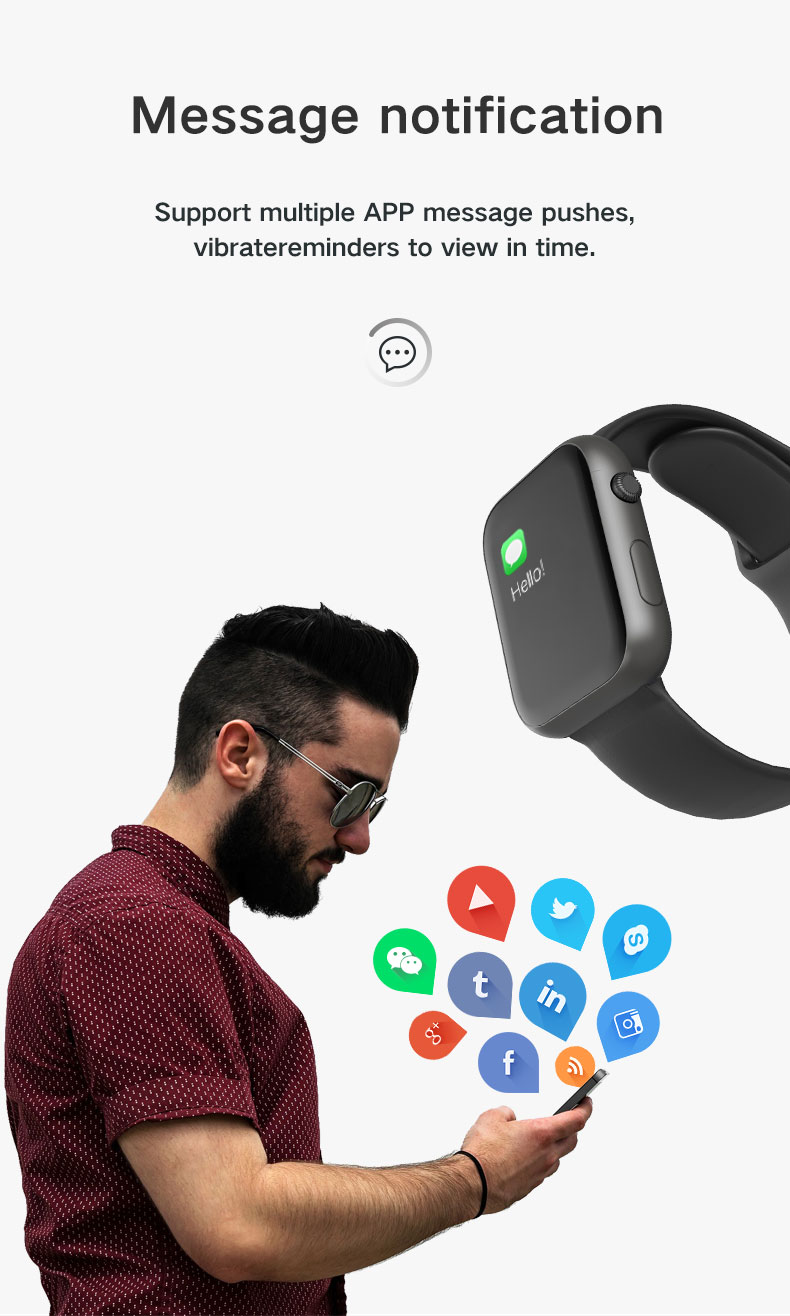 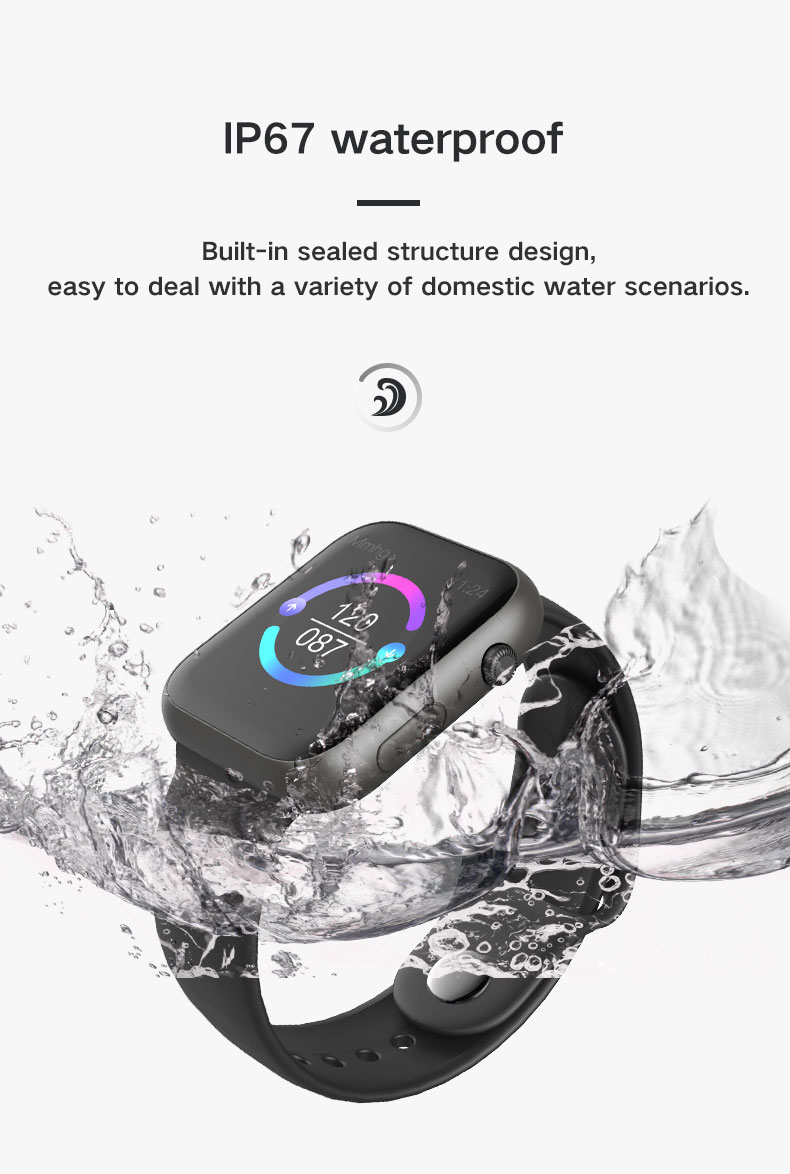 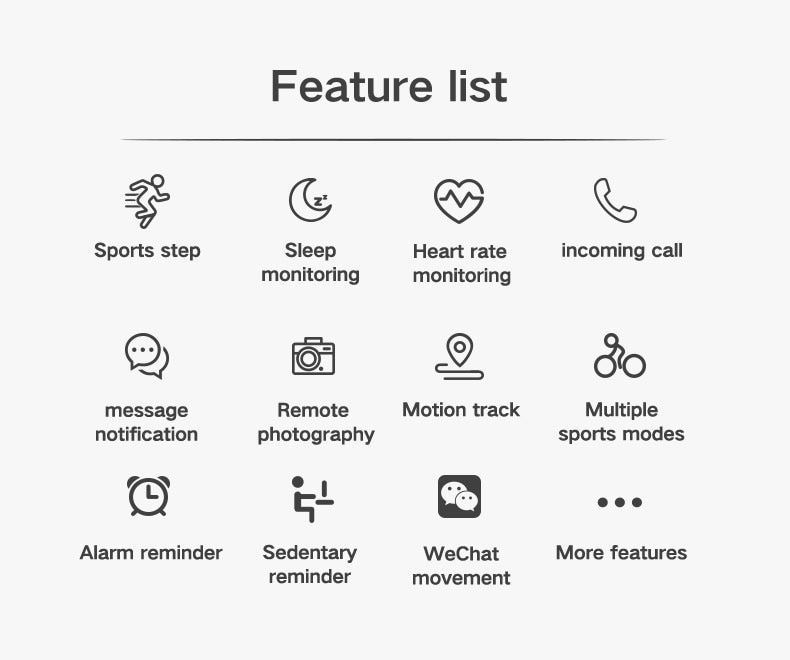 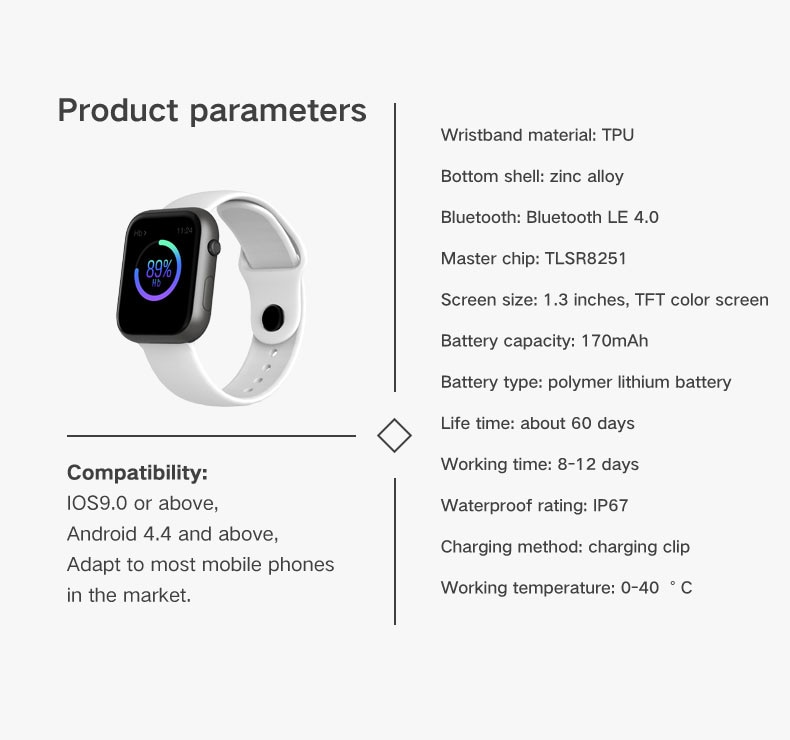